After the successful staging of the IBU Cup in December 2017 and January 2019, the third IBU Cup was held in Lenzerheide from 28 February to 6 March 2022. The second last IBU Cup of the season promised a lot of excitement before the overall winners in the IBU Cup were chosen in Ridnaun. The athletes had three competition formats to choose from: a sprint competition, a super sprint and a mass start.

Excellent conditions on the first day of the IBU Cup in Lenzerheide. The participants and coaches were delighted with the challenging course, which was in excellent condition. In the men's 10 km sprint there was a double victory for Norway by Mixed Relay European Champion Johannes Dale and Endre Stroemsheim, who had one miss each. Eligius Tambornino from Switzerland finished in the top ten in eighth place after he had to shoot one penalty round in prone shooting. Tambornino missed the top 6, who were eligible for the podium, by only 9 seconds.

In the women's 7.5 km, the Italian Michela Carrara won somewhat surprisingly, celebrating her second career victory. She was junior world champion in Brezno in 2016/2017. Carrara won by 9.2 seconds ahead of Karoline Erdal of Norway and only a tenth of a second behind her was Caroline Colombo of France. The best Swiss skier was Ladina-Meier Ruge, who finished 29th with one penalty round each in prone and standing shooting.

Super Sprint was a spectacle

The Super Sprint, which was held for the first time, was a spectacle for the spectators. 30 athletes qualified for the final. Fortunately, four Swiss biathletes also took part in the event, which was again held under excellent conditions. Gion Stalder, Eligius Tambornino, Sandro Bovisi and the local Laurin Fravi, who was the best Swiss in the qualification in 19th place. In the final, the Germans were dominant. After the first shooting, they were four in the lead, with Gross, Strelow, Horn and Schmuck. The eventual winner Philipp Horn, who celebrated his third career victory, took the lead after the fourth shooting and won ahead of his compatriot Justus Strelow, who won the overall ranking in the super sprint. Best Swiss was the local Laurin Fravi in a brilliant seventh place, only one tenth of a second missing the Flower Ceremony. The man from Grisons literally started a race to catch up. After the first shooting and two penalty rounds he was in 25th position, in the second he remained clear and went into the third round in 16th position. After the first standing stage (clear) he moved up to sixth position and after the last stage (1 penalty round) he was seventh. In the cross-country, Fravi was sixth fastest. Sandro Bovisi was 14th, Eligius Tambornino 15th and Gion Stalder 25th - a good result for the Swiss.

Too many shooting mistakes prevented any of the five Swiss women who had started from reaching the final of the best 30. Ladina Meier-Ruge was the best Swiss in 41st place, followed by Flavia Barmettler in 42nd and Flurina Volken in 43rd. Anja Fischer was 55th and Susi Meinen 60th. The final was won by two-time European champion Ragnhild Femsteinevik, who was 19th after the qualification. Second was Anna Weidel from Germany and third Lou Jeanmonnot from France.

On the third and last day of the IBU Cup in Lenzerheide in the Roland Arena there was a premiere. A mass start race with 60 participants each. In the first round, the athletes with bib numbers 1 to 30 entered the shooting range, while the remaining athletes ran a second round. Then there was a changeover so that the athletes from 31 to 60 could shoot. The Norwegian and German biathletes dominated the men's competition. After the third shooting four Norwegians were in the lead, in the end Endre Stroemsheim won ahead of Thursday's winner Johannes Dale (NOR) and Saturday's winner Philipp Horn (GER). The best Swiss Gion Stalder came in 12th with three penalties, he realised his second best result of his career in the IBU Cup. Local hero Laurin Fravi was 18th, Sandro Bovisi 22nd, Eligius Tambornino33rd and Dajan Danuser 34th.

In the women's race, Germany's Hanna Kebinger celebrated her second victory. After the first shooting she was in 15th position, after the second shooting she was in second position and after the third shooting she was in the lead with 22 seconds. She did not give up this lead. "It was a great race in the best conditions, I am so happy about my performance in the shooting range and on the track. Kebinger won ahead of Norway's Enood and France's Jeanmonnot. Best Swiss Susi Meinen in 28th place, Ladina Meier-Ruge was 34th, Flavia Barmettler 40th. All three scored IBU points. Flurina Volken was 44th and Anja Fischer 49th.

Seen over the whole three days of racing, the Norwegians and Germans were the most successful. Norway recorded three victories and four second places, Germany two victories, three second places and one third place, followed by Italy with one victory and France with four third places.

The next biathlon spectacle is not long in coming. The Open European Championships (OECH) will take place from 23 to 29 January 2023.

The first Biathlon World Cup in the holiday region of Lenzerheide will follow as early as December 2023! The major event will take place from 11 to 17 December 2023. The World Cup is the highest level of competition in the sport of biathlon. The athletes compete for the World Cup Total Score title and the accompanying Crystal Globes.

From 10 to 23 February 2025, the Biathlon World Championships will be held in Switzerland for the first time. A historic event and absolute highlight for the entire Swiss sport. 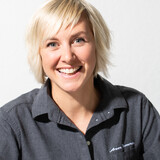