Bike Kingdom Park and  gondola Rothorn 1, as well as Panoramabahn Heidbüel opens from 26th to 29th of May 2022

Secret Garden - your moments in the sunset

Sounds and culture in nature

From July 21 to August 7, 2022, the Secret Garden goes into the third round. The music festival at the Crest'ota mountain inn delights locals and guests alike.

Tickets can be purchased online at Seetickets. The number of tickets is limited. Depending on the tickets sold, there is a possibility of a box office. Children up to and including 5 years old must also be in possession of a valid ticket.

The decision about the execution will be made the day before by 5.00 pm. Ticket holders will be informed by e-mail in case of cancellation.

William White's music you can hear his Caribbean roots. It is described as a mixture of soul, funk & reggae.  It's no coincidence that he played as one of the few CH acts on the main stage of the legendary Paléo Festival in Nyon and his last album «OpenCountry» started at number 2 in the album charts. With his latest single «Light» William White shows that he also knows how to dress his songs in the zeitgeist of today.

ZIAN's reflectiveness and profundity are at the heart of his music. In doing so, he lets you look deep into his soul and emotional world. The Swiss newcomer with the insane voice keeps the point where it hurts, but also healing happens. Healing for himself and for others. On January 28, 2022, his long-awaited debut album «Burden» was released, which takes the listener on an emotional journey between darkness and light.

Nick's life, as well as his musical career, reads like a movie script. Nick is originally from the UK, but has spent most of his life in the USA. He has played over 1000 shows around the world, released 6 albums and his singles have topped the charts on several continents. In 2012, Nick learned German in just two months and won the show «The Voice of Germany».

It's an ode to change: «Wave», the new song by the band From Kid, casts a nostalgic glance back to childhood. It lives from memories of the mountains, but also from the longing for something new, the sea, the waves. Change also means moving on to a foreign world. "Wave" is the fourth song of the new From Kid album, which will be released in autumn.

Tickets for From Kid

Indie-funk-folk-pop as a duo. Handmade and soothing, like rays of sunshine on the skin. The married musical couple Two & The Sun lets the audience get close to them, stories are told, there is laughter, talk about fears and joys and celebrate love. And of course, there is a lot of music made - by two multi-instrumentalists who together sound like at least twice as many.

Tickets for Two & The Sun

Mattiu sings in his beloved but now rare mother tongue: Rhaeto-Romanic. Forza - This song flows from the snowy mountain valley to the cities of the plain. If at the beginning it is only a breath of sound, it develops into a rushing river and at the end it shows with full power what is in this music. We have no choice but to marvel. About how the sadness in Mattius' voice catches us again and again.

«DAENS» is a band around the lead singer and guitarist Daniel Beltrametti. Started as a duo in 2018 with Nico Hunziker (drums), they successfully participated in several newcomer competitions in Switzerland. They look to a steadily growing listenership with a sound that is difficult to describe. With Tom Horat (bass) and Samuel Brunner (keys, guitar) the band completes itself in spring 2020 to complement their natural songwriting style and live presence, from aspects of folk, singer-songwriter, funk and electronica.

Damian Lynn gives the term «singer songwriter» its own meaning: urban influences, which are reflected in his beat-heavy productions as well as his unmistakable flow, are not the only things that distinguish Damian's music. In his songs he puts thoughts together so skillfully that they seem immediately familiar to many of us. His live performances captivate with an energetic show in duo with his drummer. The live loops and samples in combination with drums and Damian's distinctive voice offer a multi-layered sound - even though there are only two people on stage. Quite a big portion of musicality is necessary for this and he celebrates it in perfection.

Back to the basics - is the motto. Actually, Jessie & the Gents wanted to take everything slowly, but have now landed with a stretched gallop on the country-acoustic racetrack. Simple, but on a high level they play their own compositions as well as songs from Alison Krauss to Norah Jones with a lot of passion.

Tickets for Jessie & The Gents

Three friends, who could not be more different, have found their great common ground in music. For more than 10 years Adrian Kübler-Tacchi (Vocals/Guitar), Moritz Vontobel (Drums) and Luca Burkhalter (Keys) go shoulder to shoulder as a band through life and their very own way. Rooted in Adrian's love for folk music, Luca's soft spot for electronics and Moritz's passion for rock music, Baba Shrimps spin a musical triangle in which they have found their very own sound.

James Gruntz is no stranger to flexibility. He changes his formations and adapts them to the circumstances like a glove. The top-class musician and singer travels in a duo with the string virtuoso Michel Spahran. The two reinterpret the song material, combine modern & jazzy guitars with light-footed scat singing and spice everything up with a good portion of improvisation.

The Winterthur multi-instrumentalist always causes a stir. Andri Jucken aka Andryy was born in 1993 and started his musical endeavor on the flute, before he found his way to the guitar at the age of 16 via his sister. With the knowledge that he already has various Swiss music greats behind him and a steadily growing fan base, you will certainly hear a lot more from Andryy in the future. Since May 2021, new singles have been released at regular intervals, which will result in Andryy's second EP called «Gheimnis» in September 2021.

Ritschi is back on tour and you know what that means: best musical craftsmanship, great songs, there schinaglets on all trades! The Cheib still goes off like a Zäpfli and sings better than ever. Crisp band, the light flashes, the sound bangs - dialect pop at its best, with a lot of passion and joy of playing. Let's make it short: buy yourself a ticket

Music from the Secret Garden

As we all know, anticipation is the best joy. Get in the mood for the musical festival now and listen through our Spotify playlist. Discover the diverse line-up of the Secret Garden Lenzerheide.

INFORMATION ABOUT THE SECRET GARDEN

The Secret Garden can only be reached on foot (10 to 15 minutes walk) from the Dieschen Sports Center and from the parking lot at Heidbach in the village center. The path is signalized and leads from the village along the Voa Crapera or behind the sports center via the hiking trail to the mountain inn Crest'ota.

The decision about the realization will be made the day before until 5 pm. Ticket holders will be informed by mail in case of cancellation.

Tables on the served sun terrace can be booked in advance via the Crest'ota homepage. The number of tables on the Crest'ota terrace is limited. On the concert meadow, however, there is a free choice of seats on festival benches, hay bales and deck chairs.

Parking is available for spectators at the Dieschen Sports Center and at the Heidbach in the village center. There are no parking facilities on site. Persons with a walking disability may of course be driven to the event site by car (please inform the Head Office, Sebastian Jost, sebastian.jost@lenzerheide.swiss). The car must be parked in the mentioned parking lots afterwards.

From the sports center Dieschen (approx. 10min) as well as from the parking lot at the Heidbach (approx. 15min) the way is marked with signposts.

No tickets on site

Tickets are sold exclusively online. Depending on the number of tickets sold, there is the possibility of a box office.

We thank our generous sponsors and partners for their valuable support. 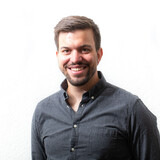