The traditional cross-country skiing race in Lenzerheide is already history again. Thanks to the tireless efforts of the track crew, it was possible to run on the original track again on 12 January 2020. Around 500 participants took part in the race over 12 or 25 kilometres, in beautiful weather and with the best track conditions. In a thrilling race, Seraina Kaufmann won the overall classification in the women's race and Ilya Chernousov won the men's race. The 36th Planoiras cross-country skiing race will take place on 17 January and the Youth Run and Special Olympics Run at 9 January 2021. 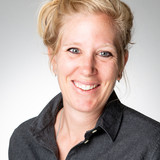